Looking for something un-put-downable that will also nourish your mind? 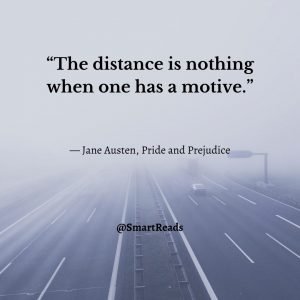 Sometimes you want to read a un-put-downable page turner, but you also don’t want to feed your mind with junk – enter Pride and Prejudice by Jane Austen, the original blockbuster. In terms of her mastery of the English language, she may be the GOAT (greatest of all time), her plot moves swiftly but there is also great depth to her characters. If you want great literature that is also easy reading, then look no further.

The novel follows the character development of Elizabeth Bennett the dynamic protagonist of the book who learns about the repercussions of hasty judgments and comes to appreciate the difference between superficial goodness and actual goodness. Its humour lies in its honest depiction of manners, education, marriage, and money during the Regency era in Great Britain.

Mr. Bennet of Longbourn estate has five daughters, but his property is entailed and can only be passed to a male heir. His wife also lacks an inheritance, so his family will be destitute upon his death. Thus it is imperative that at least one of the girls marry well to support the others, which is a motivation that drives the plot. The novel revolves around the importance of marrying for love, not for money or social prestige, despite the communal pressure to make a wealthy match.

Marlon James lists it as one of his favourites “because nobody has ever been slyer with characters than Austen. It still blows my mind that her unsavory, and unfortunate characters (Mrs Bennett, Lady Catherine, Charlotte), are the only ones who truly know what time it is” says James.

Paul Graham when asked which books he reads then rereads years later and finds even better, said “jane Austen novels”. Also listed among the favourite books of Richard E Grant and Anna Wintour, if you haven’t yet read it then you’re in for a real treat.