Books are friends who take you far 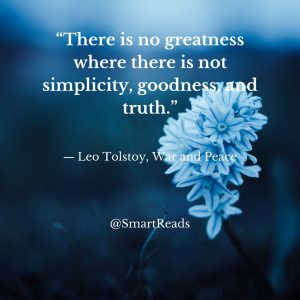 Books are friends who take you far wherever you would go, from torrid lands and jungle ways to northern fields of snow. So let’s take a tour of some old days with a book War And Peace.

Recommended by Niall Ferguson, the book War and Peace is a novel by the Russian author Leo Tolstoy, he said War and Peace is not a novel, even less is it a poem, and still less a historical chronicle. The novel is set 60 years before Tolstoy’s day, but he had spoken with people who lived through the 1812 French invasion of Russia.

Niall Ferguson mentioned about his favourite book, “I suppose that, as a middle-aged man, I react differently to Tolstoy than I did when I first read War and Peace at about 15. At first reading, I was entirely captivated by the concluding essay at the end of the book, where Tolstoy writes about historical determinism. I bought that then, and it was only really in my twenties that I rebelled against it.”

When Anna Wintour has been asked, What’s a book you wish you had written? “War and Peace, she replied.”