Let’s have a look at Red Star Over China 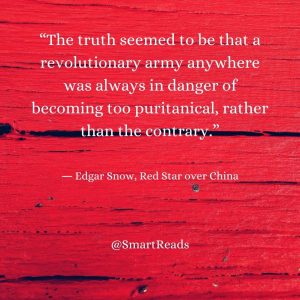 I think books are the best way to get around, and books take you to the colorful world of the future and only through books you can know the past. Let’s have a look at Red Star Over China, favourite book of Nelson Mandela. It will introduce you to some ancient history.

A 1937 book by Edgar Snow, is an account of the Communist Party of China that was written when it was a guerrilla army and still obscure to Westerners. In the book, Edgar Snow recounts the months that he spent with the Chinese Red Army in 1936. Most of this time, he was at their then-capital Bao’an (Pao An). They moved to the famous Yan’an only after he left.

Pick your favourite book and share your experiences with us.