Are you following a race or making your own way? 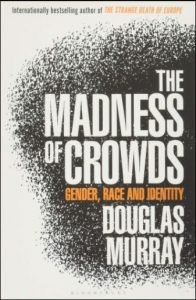 Are you following a race or making your own way? Maybe The Madness of Crowds, favourite book of Sam Harris can be the best to know more about race.

The Madness of Crowds: Gender, Race and Identity is a 2019 book by British journalist and political commentator Douglas Murray. It was published in September 2019.

The book examines the 21st century’s most divisive issues: sexual orientation, feminism, race and transsexuality. It reveals the new culture wars playing out in workplaces, universities, schools and homes in the names of social justice, identity politics and intersectionality.

Sam Harris posted on twitter, “Douglas Murray’s new book, “The Madness of Crowds,” is fantastic. As I said in my blurb, “Reading it to the end, I felt as though I’d just drawn my first full breath in years.”

Dr. Jordan Peterson recommended reading and purchasing this book. He said on twitter,  “@DouglasKMurray fights the good fight for freedom of speech in his book, “The Madness of Crowds”, out this September (2019). If you want a truthful look at today’s most divisive issues.