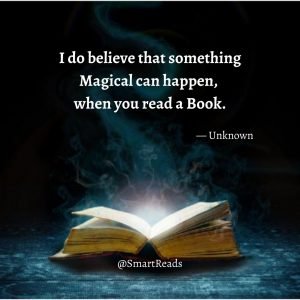 The Power of Habit: Why We Do What We Do in Life and Business, favourite of When Mehdi Kajbaf, is a book by Charles Duhigg, a New York Times reporter, published in February 2012 by Random House. It explores the science behind habit creation and reformation. The book reached the best seller list for The New York Times, Amazon.com, and USA Today.

When Mehdi Kajbaf was asked what he was reading he said “I’m currently reading two books, The Power of Habit and The Runaway Species. The Power of Habit is reminding of how many great habits I’ve slowly been letting go as my life gets busier and busier. It’s important to always do a self check and see if your day to day behaviors are setting you up for success,” he replied.

Favourite of Naval Ravikant and is a best-selling book published during 2011 by Nobel Memorial Prize in Economic Sciences laureate Daniel Kahneman. It was the 2012 winner of the National Academies Communication Award for best creative work that helps the public understanding of topics of behavioral science, engineering and medicine.

Kahneman describes a number of experiments which purport to examine the differences between these two thought systems and how they arrive at different results even given the same inputs. Terms and concepts include coherence, attention, laziness, association, jumping to conclusions, WYSIATI (What you see is all there is), and how one forms judgments.

“Covers all three phases of [the author’s] career: his early days working on cognitive bias, his work on prospect theory, and his later work on happiness,” says Ron Conway.

“If you liked ‘Predictably Irrational’ or ‘Stumbling on Happiness’ or any of those pop-psychology books, well, this is the Godfather of all of their work, says Derek Sivers about his  favourite book.

Naval Ravikant says, “Fine book but it didn’t need to be an entire book. A blog post would have gotten the point across.”

It’is a non-fiction book by Daniel Gilbert and favourite of Sam Harris and Derek Sivers.

It was published in the United States and Canada in 2006 by Knopf, and has been translated into more than 30 languages. It is a New York Times bestseller.

“Harvard professor of psychology has studied happiness for years, and shares factual findings that will change the way you look at the world,” says Derek Sivers and recommends this book.

Also a favourite book of Sam Harris. He recommended this book on Tim Ferriss show.

Favourite book of Malcolm Gladwell and published in 1991. The Person and the Situation explores the complex ideas about personal versus situational determinants of behavior and relates the lessons of our discipline to important political, social, and even philosophical issues.

Malcolm Gladwell says, The most influential thinker, in my life, has been the psychologist Richard Nisbett. He basically gave me my view of the world. Years ago, he wrote a book called “The Person and the Situation” with Lee Ross. If you read that book, you’ll see the template for the genre of books that “The Tipping Point” and “Blink” and “Outliers” belong to. That book changed my life.

It’s a psychology book examining the key ways people can be influenced by “Compliance Professionals”.

The key premise of the book is that in a complex world where people are overloaded with more information than they can deal with, people fall back on a decision making approach based on generalizations. These generalizations develop because they allow people to usually act in a correct manner with a limited amount of thought and time. However, they can be exploited and effectively turned into weapons by those who know them to influence others to act certain ways.

“People can be influenced in their behaviors by many different tactics,” says Noah Kagan and recommends this book.

Also a favourite book of Scott Adams. He says, “100 percent of effective people seem to have read [this book]. In fact, it’s one of those things that when I meet somebody and they’re operating at a pretty high level, if you mention this book, they’ve all read it.”

It is an 1890 book about psychology by William James, an American philosopher and psychologist who trained to be a physician before going into psychology. The openings of The Principles of Psychology presented what was known at the time of writing about the localization of functions in the brain: how each sense seemed to have a neural center to which it reported and how varied bodily motions have their sources in other centers.