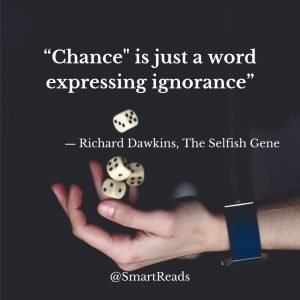 Do you like science books? Get your hands on “The Selfish Gene” , a favourite of Phil Libin, Bob Metcalfe and Brian Armstrong, to understand or to seek some knowledge about human bodies.

“Had a profound influence on me pretty early on,” says Phil Libin.

The Selfish Gene is a 1976 book on evolution by the biologist Richard Dawkins, in which the author builds upon the principal theory of George C. Williams‘s Adaptation and Natural Selection (1966). Dawkins uses the term “selfish gene” as a way of expressing the gene-centred view of evolution (as opposed to the views focused on the organism and the group), popularising ideas developed during the 1960s by W. D. Hamilton and others. From the gene-centred view, it follows that the more two individuals are genetically related, the more sense (at the level of the genes) it makes for them to behave selflessly with each other.

“Famous book about how our bodies are vehicles to replicate our genes (even though we occasionally defy them),” says Brian Armstrong.

Bob Metcalfe mentioned that, “it just seemed to explain everything.”

Also a recommended book by Matt Ridley. He says it “turned evolutionary biology on its head and was written like a great detective story.”