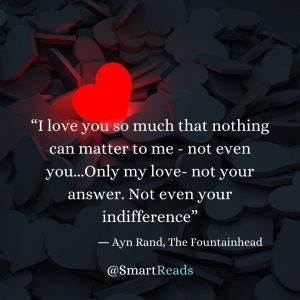 Hey, what you can do in this covid time is read your favourite novels. I’m introducing The Fountainhead, favourite of Mark Cuban. I’ll pick it up when I need motivation,” he says.

The Fountainhead is a 1943 novel by Russian-American author Ayn Rand, her first major literary success. The novel’s protagonist, Howard Roark, is an individualistic young architect who designs modernist buildings and refuses to compromise with an architectural establishment unwilling to accept innovation. Roark embodies what Rand believed to be the ideal man, and his struggle reflects Rand’s belief that individualism is superior to collectivism.

The novel has been adapted into other media several times. An illustrated version was syndicated in newspapers in 1945. Warner Bros. produced a film version in 1949; Rand wrote the screenplay, and Gary Cooper played Roark. Critics panned the film, which did not recoup its budget; several directors and writers have considered developing a new film adaptation. In 2014, Belgian theater director Ivo van Hove created a stage adaptation, which has received mostly positive reviews.

In 2012 Watson spoke to Marie Claire about “The Fountainhead” saying, “I know, it’s a cult. I’m not going to take it too far, but I did enjoy it.” and it’s also on the “books read” section of Ev Williams‘ GoodReads profile.

“As a kid, I wanted to be an architect. That’s before I read this book. I mean it is hard to find a profession that pays worse than architecture,” says Larry Ellison.

Also recommended by Vince Vaughn and says, “defiant in its pursuit of one’s artistic goals, meaning you don’t compromise; you stay truthful to what you’re exploring.”